search
clear
Contact
Large talent pool 20,000+ commuters, skilled locals and UOW graduates
Vibrant coastal city Discover more about why you will love living here
Work-life balance A city where you can achieve real work-life balance
Supportive environment Discover more about local business networks and support
One hour south of Sydney Strategic location, close to Sydney, its airport, and Canberra
UOW – a global university Where you can develop research and commercial partnerships
Costs and staff retention Up to 33% more cost effective than Sydney, Melbourne and Parramatta
Business case studies Hear from the experience of business people who live and work in Wollongong (and love it).
Key opportunities Wollongong provides opportunities across industries and key sectors
Advanced manufacturing Future focus on advanced machinery, equipment design and manufacturing
Defence Capabilities and innovative research in defence technologies and services
Professional services Professional, financial, and shared services firms call Wollongong home
Scaleups and entrepreneurs Wollongong scale-up successes and our entrepreneurial community
Tech Growing hub for forward-thinking tech companies and start-ups
Clean energy Wollongong is emerging as a clean and low-carbon energy hub
Set up a business Find practical information to hit the ground running
Our economic profile Statistics covering our economy and workforce
Our precincts Explore Wollongong's business precincts
Our business networks A list of business groups, networks and meetups
Finding real estate Discover our commercial, industrial and residential options
Economic development The plan for our city between now and 2029
Registering a business Tips and links to set up your business here
Case studies Hear from the experience of business people who live and work in Wollongong (and love it).
How we can help Find out the various ways we can help you and your business
Business case development Assistance with developing your business case for Wollongong
Creating connections We can help you meet the right people in the right places
International team Reach out to our colleagues in your country
Incentives and programs Information about the incentives and programs to support your move
Home / News & Blogs / Blogs / Supercharge business creativity in Wollongong

Take a look around Wollongong’s business community and you’ll quickly see a trend.

From savvy start-ups to digital marketing agencies and global tech companies, Wollongong is a smart city bursting with bright ideas.

In fact, research by the Regional Australia Institute found that the city is one of the country’s top regional creative hot spots, with Wollongong home to a high proportion of software and digital content sector jobs in particular.

So, what are the magic ingredients that have created Wollongong’s unique innovation culture?

For start-up founder Joanna Downer, who runs job-referral platform Kitl from iAccelerate at the University of Wollongong’s Innovation Campus, a quick 10 to 15-minute drive to the office from her home in Thirroul is not only convenient, it opens up valuable extra time to work on her business while minimising stress.

Her easy, pleasant drive is a far cry from the commutes she was used to while living on the Northern Beaches of Sydney, where traffic jams and delays were routine.

Hear how Wollongong supports great work-life balance – thanks in part to shorter commutes – from Dr Melinda Williams, CEO of Peoplecare, and other Wollongong based businesspeople.

A 2019 study of 1,121 workers in Brisbane, Sydney and Melbourne found that longer commutes were associated with more absent days, while short-distance or active commutes were linked with happier moods and better productivity.

This is also reflected in an analysis undertaken by COPC Inc. for Invest Wollongong in June 2021, which shows that workers who find their commute to work “easy” are more likely to stay in their current job.

From his home in Gwynneville, “I can ride my bike or walk to work in 20 minutes,” he says. “Or, I can hop in my car and be there in five minutes. It’s completely different to when I was previously commuting into the CBD in Sydney, which was nearly an hour-and-a-half each way.”

Finding clarity in the great outdoors 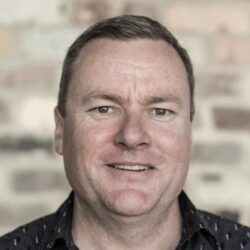 Research by Stanford University has shown that creative thinking improves while a person is walking and for a short time after they’ve sat back down.

The proximity of the Wollongong CBD and the Innovation Campus, which includes iAccelerate, to walking paths and beaches means getting out to get creative is easy and a technique both Joanna and Nathan regularly use in their work.

As a game developer, Nathan needs to draw on both technical problem-solving skills and free thinking to create a high-quality product. His F1 simulation game Formula Legend has been translated into 11 languages and has been downloaded half a million times. The BeerMogul team also run the hugely popular podcast F1 Strategy Report.

“Sometimes I’m trying to solve a technical problem or database issue, right through to, ‘How should this whole thing work? What’s going to be fun about it?’” he explains.

Walking in Wollongong’s beautiful coastal environment helps him find a way through those challenges.

“I regularly go for walks along Fairy Meadow Beach at lunch time – it’s a quick little stroll I can do in 40 minutes and it’s a really good escape that allows me to reset. I don’t listen to any podcasts or music or anything on that walk, I just use the time for my brain to reset and reprioritise things.”

Nathan also encourages his staff of five to do the same. “Our office is right near the beach, so it creates a lot more opportunity to not be crazy-working all the time,” he says. “And I think it ends up making you way more productive.”

The local beaches – especially the dog beaches – play a big role in Joanna’s work life, too. As a busy CEO and mum, she says that finding moments of calm and clarity is vital. “To really get headspace, you’re so spoilt for choice in Wollongong,” she says. “For me, going to the beach is a bit of a reset and I would do it at least three times a week on my own.” 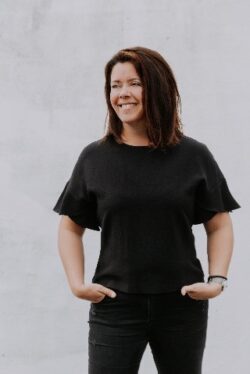 In Wollongong, there’s no shortage of outstanding start-up businesses and forward-thinking entrepreneurs to encourage others to think big.

An attitude of community over competition is at the heart of Wollongong’s innovation culture.

“I did wonder if I was going to miss being part of the start-up space in Sydney, but there’s such innovative things happening here and my network down here is growing,” says Joanna, who relocated to the area around two years ago.

Her start-up Kitl, a job-referral platform for companies and B2B communities, has just completed its first round of funding.

“People are very happy to connect you here – and they want to back you more than just financially, they’re also happy to support you.”

It’s not just the supportive environment helping businesses get off the ground. Both Joanna and Nathan say that watching other locally grown companies succeed motivates them to aim high, too.

When Nathan decided to give his gaming app idea a go in 2013, the start-up movement in Wollongong was just germinating.

“I got to meet a lot of local people doing interesting, start-uppy things, and that was where a lot of my inspiration came from, and the confidence that I could do it all from Wollongong,” he recalls.

“Making all of those connections made me think, ‘Hold on, I could actually do this, and it could be a viable company. I could turn this into a real company from Wollongong, because there’s other people doing really exciting stuff here as well’.”

He’s now paying that message forward by mentoring other start-ups.

Joanna says she’s inspired by the international vision of Wollongong companies like Easy Agile, Accelo and FinoComp, and hopes their success has an influence on the younger generations, too.

“I think our kids’ futures aren’t just finish school and go to university, get a job and that’s it,” she says. “I think there’s going to be pivots and change, and that’s what’s happening here. The influx of interesting businesses doing innovative things is only going to increase, and I want my kids to be inspired.”

When it comes to business success, work-life balance really matters. Making time for fun, adventure, family time and rest is just as crucial as the hustle, safeguarding mental health and allowing creative ideas to flourish.

This effect was really noticeable for Joanna when she and her family made the move to Thirroul from Sydney. “I feel like I’m out of the pressure cooker of Sydney,” she explains.

“I wear many hats – I’m a mum, I’m a CEO of a start-up – but I feel like I get more time by being here. It’s the ease of living. You can pull up and get a parking spot, you can go to the beach and not feel like you’re right on top of each other.”

That extra time and headspace now goes towards fun family outings around the Wollongong region. “I think we’ve only just scratched the surface of what this region has to offer in terms of leisure,” Joanna says. “My kids and husband have started mountain biking, and we love the beaches and the escarpment and the bush.”

Nathan agrees. After spending years travelling internationally as the CTO of a Sydney-based business, he embraces being able to stay put and make the most of the “really cool” Wollongong lifestyle.

“A huge part of it is having flexibility,” he says of his work-life balance. “That gives me the time back with family or to spend down at the beach.”