search
clear
Contact
Large talent pool 20,000+ commuters, skilled locals and UOW graduates
Vibrant coastal city Discover more about why you will love living here
Work-life balance A city where you can achieve real work-life balance
Supportive environment Discover more about local business networks and support
One hour south of Sydney Strategic location, close to Sydney, its airport, and Canberra
UOW – a global university Where you can develop research and commercial partnerships
Costs and staff retention Up to 33% more cost effective than Sydney, Melbourne and Parramatta
Business case studies Hear from the experience of business people who live and work in Wollongong (and love it).
Key opportunities Wollongong provides opportunities across industries and key sectors
Advanced manufacturing Future focus on advanced machinery, equipment design and manufacturing
Defence Capabilities and innovative research in defence technologies and services
Professional services Professional, financial, and shared services firms call Wollongong home
Scaleups and entrepreneurs Wollongong scale-up successes and our entrepreneurial community
Tech Growing hub for forward-thinking tech companies and start-ups
Clean energy Wollongong is emerging as a clean and low-carbon energy hub
Set up a business Find practical information to hit the ground running
Our economic profile Statistics covering our economy and workforce
Our precincts Explore Wollongong's business precincts
Our business networks A list of business groups, networks and meetups
Finding real estate Discover our commercial, industrial and residential options
Economic development The plan for our city between now and 2029
Registering a business Tips and links to set up your business here
Case studies Hear from the experience of business people who live and work in Wollongong (and love it).
How we can help Find out the various ways we can help you and your business
Business case development Assistance with developing your business case for Wollongong
Creating connections We can help you meet the right people in the right places
International team Reach out to our colleagues in your country
Incentives and programs Information about the incentives and programs to support your move
Home / News & Blogs / Doing business in Wollongong / How Siligong Valley is creating opportunities for students

When University of Wollongong student Stephanie Seymour was encouraged by a friend to attend a Siligong Valley meet-up it provided her with an opportunity to secure an internship with local startup Easy Agile.

By attending Infracoders, on of around five regular networking meet-ups run by Siligong, Ms Seymour met many members of the Wollongong startup community.”I was already applying for internships online,” she said “I was doing more work for internship applications than I was doing my work for uni”.

It was getting her nowhere and Ms Seymour felt like she was doing a lot of work for little reward. So she decided to get out into the startup community and be seen. 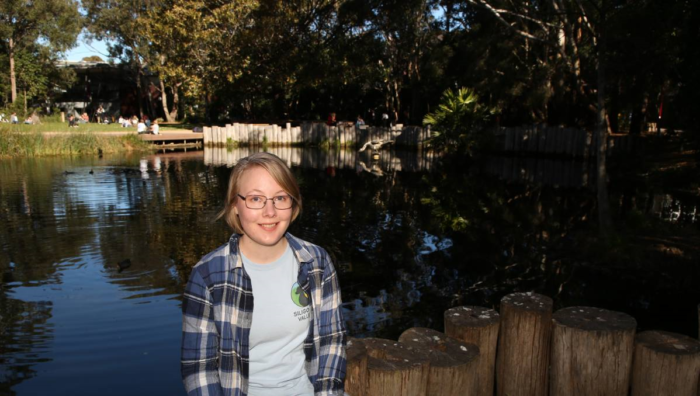 She said startup meet-up were great because they featured two or three talks about what is happening in the industry before everyone was given plenty of time to mingle, interact and get to know people.

“The networking is a good 50 per cent of the value. I am trying to bring along more students now”.

Ms Seymour said when she went along the first time a year ago and met Nick Muldoon and Dave Elkan, of Easy Agile, she was a second year student and didn’t even mention she was after an internship. But they encouraged her to get on the Slack channel and keep talking to them.

“I wasn’t on for a week but when I checked it I got a message from Jared Kells who is a UOW alumni and ended up being my mentor. He told me they were looking for an intern and asked if I wanted an internship. I said “of course I do”. I was applying for about six at the time. But this was a radically different application process. They had never even seen my grades.

“I had just dropped out of a double degree doing engineering and computer science. I had just decided to drop the engineering component and become a programmer. And now I am.

They gave me a fixed term internship for 12 weeks. Then about two or three weeks before the end of my internship they hired me. They told me they wanted to keep me on part time until I graduate”.

Ms Seymour has been working three days a week ever since and doing two days of uni. “I am on about half the subject load of full time study. I have one year to go and will graduate mid next year”.

Ms Seymour said for one of Easy Agile’s previous interns had graduated into full time work and she is hoping that will also be the case for her.

She hopes her story encourages other students to get out there at Siligong events and get themselves known.

“You meet people and talk about what you and they are interested in. You will learn something even if you don’t get a job”.

“I would encourage students to start in their first year of study. You might not be ready for a job or internship yet but it is great to get to practice networking. Networking skills help get jobs. I am not a social person by nature. Socialisation is not intuitive for me. But each time you go it gets easier”.