search
clear
Contact
Large talent pool 20,000+ commuters, skilled locals and UOW graduates
Vibrant coastal city Discover more about why you will love living here
Work-life balance A city where you can achieve real work-life balance
Supportive environment Discover more about local business networks and support
One hour south of Sydney Strategic location, close to Sydney, its airport, and Canberra
UOW – a global university Where you can develop research and commercial partnerships
Costs and staff retention Up to 33% more cost effective than Sydney, Melbourne and Parramatta
Business case studies Hear from the experience of business people who live and work in Wollongong (and love it).
Key opportunities Wollongong provides opportunities across industries and key sectors
Advanced manufacturing Future focus on advanced machinery, equipment design and manufacturing
Defence Capabilities and innovative research in defence technologies and services
Professional services Professional, financial, and shared services firms call Wollongong home
Scaleups and entrepreneurs Wollongong scale-up successes and our entrepreneurial community
Tech Growing hub for forward-thinking tech companies and start-ups
Clean energy Wollongong is emerging as a clean and low-carbon energy hub
Set up a business Find practical information to hit the ground running
Our economic profile Statistics covering our economy and workforce
Our precincts Explore Wollongong's business precincts
Our business networks A list of business groups, networks and meetups
Finding real estate Discover our commercial, industrial and residential options
Economic development The plan for our city between now and 2029
Registering a business Tips and links to set up your business here
Case studies Hear from the experience of business people who live and work in Wollongong (and love it).
How we can help Find out the various ways we can help you and your business
Business case development Assistance with developing your business case for Wollongong
Creating connections We can help you meet the right people in the right places
International team Reach out to our colleagues in your country
Incentives and programs Information about the incentives and programs to support your move
Home / News & Blogs / Doing business in Wollongong / Shining a light on Wollongong

Shining a light on Wollongong's advantages 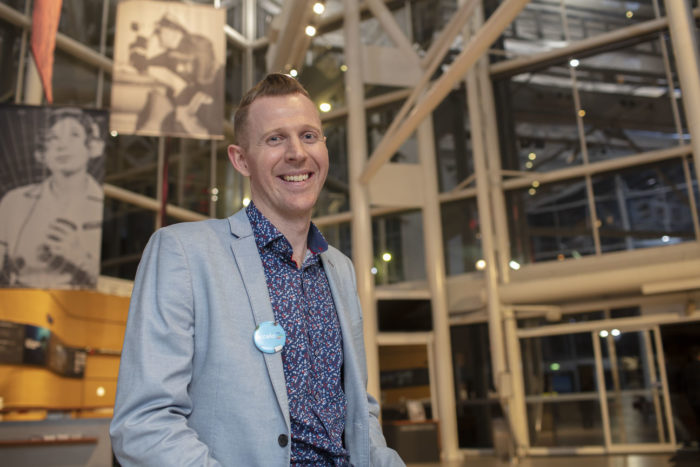 While spectacular displays lit Sydney’s city buildings during the Vivid festival, the spotlight was focused on Wollongong at the Australian National Maritime Museum.

Advantage Wollongong (now Invest Wollongong) and the University of Wollongong hosted an Alumni networking event at the Darling Harbour venue, with 100-plus delegates updated on the city’s ongoing transformation.

Accelo co-founder Eamonn Bell (pictured above) was the guest speaker at the 7 June event, detailing how his professional services software business has grown from its Wollongong base to include San Francisco and Denver offices.

Skilled UOW graduates – a key factor in choosing to locate in Wollongong – were contributing to the company’s success while the city’s lifestyle was encouraging employees to stay longer, he said.

Read more about Acello’s choice to come back to Wollongong.

Wollongong City Council Economic Development Manager Mark Grimson detailed the advantages of living and working in Wollongong, updating Alumni on the changing culture of the city and the trend to knowledge-based services.

“We have a diverse economy with a number of large national and international companies part of the landscape, including NEC, Mercer and the NSW State Emergency Services,” Mr Grimson said.

Alumni were encouraged to spread the word about Wollongong’s advantages among their networks.

Find out more about Wollongong’s key opportunities or contact the Invest Wollongong team to discuss the specific needs of your company. 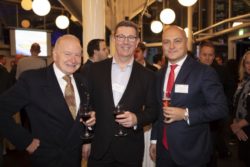