search
clear
Contact
Large talent pool 20,000+ commuters, skilled locals and UOW graduates
Vibrant coastal city Discover more about why you will love living here
Work-life balance A city where you can achieve real work-life balance
Supportive environment Discover more about local business networks and support
One hour south of Sydney Strategic location, close to Sydney, its airport, and Canberra
UOW – a global university Where you can develop research and commercial partnerships
Costs and staff retention Up to 33% more cost effective than Sydney, Melbourne and Parramatta
Business case studies Hear from the experience of business people who live and work in Wollongong (and love it).
Key opportunities Wollongong provides opportunities across industries and key sectors
Advanced manufacturing Future focus on advanced machinery, equipment design and manufacturing
Defence Capabilities and innovative research in defence technologies and services
Professional services Professional, financial, and shared services firms call Wollongong home
Scaleups and entrepreneurs Wollongong scale-up successes and our entrepreneurial community
Tech Growing hub for forward-thinking tech companies and start-ups
Clean energy Wollongong is emerging as a clean and low-carbon energy hub
Set up a business Find practical information to hit the ground running
Our economic profile Statistics covering our economy and workforce
Our precincts Explore Wollongong's business precincts
Our business networks A list of business groups, networks and meetups
Finding real estate Discover our commercial, industrial and residential options
Economic development The plan for our city between now and 2029
Registering a business Tips and links to set up your business here
Case studies Hear from the experience of business people who live and work in Wollongong (and love it).
How we can help Find out the various ways we can help you and your business
Business case development Assistance with developing your business case for Wollongong
Creating connections We can help you meet the right people in the right places
International team Reach out to our colleagues in your country
Incentives and programs Information about the incentives and programs to support your move
Home / News & Blogs / Life in Wollongong / Portrait of a painter - Wollongong's creative scene

Talented Thirroul artist India Mark is being applauded on a national stage! 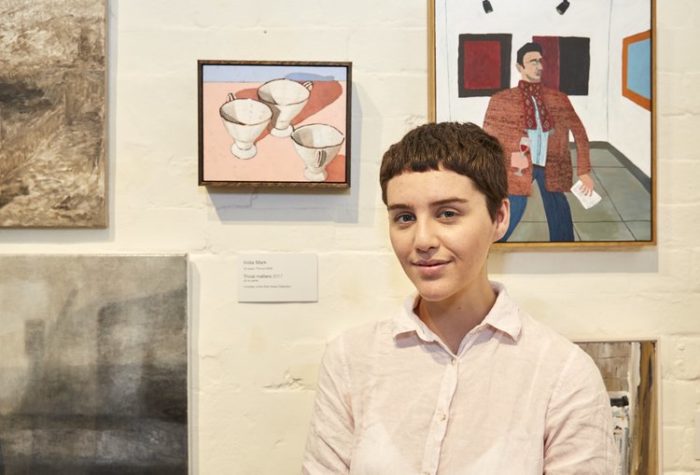 India Mark is a name you need to remember! At just 24 years old, the Thirroul-based figurative painter has received much prestigious recognition since first picking up the brush.

On May 3, she was named as a finalist in Australia’s most prominent portrait award, The Archibald Prize… for the second time in her short career! She was also named a finalist in 2016, a finalist for the 2017 Brett Whiteley Travelling Art Scholarship, she’s had two paintings included in the archival collection of the National Art School, and is part of a stable of artists connected to The Egg & Dart gallery in Thirroul.

India’s entry into this year’s Archibald Prize, titled Candy, is a portrait of her friend, Sarah – a film student and sex worker, who uses social media to advocate for sex worker rights and articulate issues that impact the safety of those within the industry.

“I approached Sarah because I admire her ability to break down complicated social constructs that promote prejudice, in a way that is relatable,” India says.

“Gaining entry as a finalist this year is an important moment for both Sarah and myself – my painting is the first ever portrait of a sex worker to be accepted into the Archibald Prize.” Taking inspiration from traditional tonal painting methodologies, India’s portrait work is intimate and engaging.

“I’ve always been drawn to artists that make work about things that exist beyond the world of art,”

“Sarah’s painting challenged me to do just that, and I’m very happy with the result.”
The beautifully moving result has culminated in India’s work being proudly displayed on the spectacular walls of the Art Gallery of NSW! It is a moment of validation for the young artist’s practice, and as she says, “such a positive experience.”

It’s clear this moment is something India’s been working towards her entire life – art is her first love.
“Growing up I spent hours drawing in watercolours,” she says. “When I was in Year 7, I started reading about early renaissance painting”.

“When I was 16, I did a student exchange to Italy and saw those paintings in the flesh – my mind was blown.”

Since then, India’s artistic passion well and truly took hold. She completed a Bachelor of Fine Arts, where she learnt to paint with her now preferred tool of choice, oils. She then went on to do a Master of Fine Arts at the National Art School, completing pieces that referenced 17th century Dutch tronie painting.

“For the first few years of my undergraduate degree, I found navigating the material challenging, but oils lend themselves so well to figurative painting, so I persisted,” India says. “I’ve always had a preference for traditional painting genres, including portraiture and still-life.” 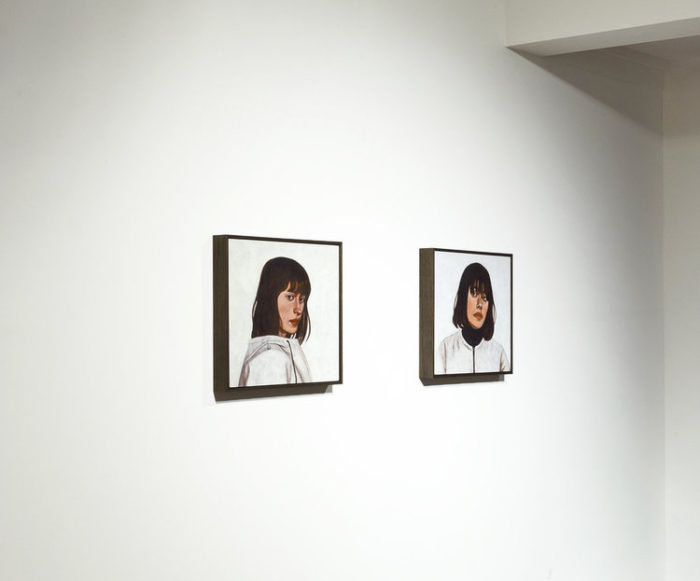 It is her portraiture work that has afforded her the great honour of being named a finalist in the Archibald Prize… twice! In 2016, her submission of musician Dane Taylor – the lead singer of experimental pop band Shining Bird from Austinmer – titled Day at the gallery with Dane Taylor won praise for its striking simplicity and ode to figurative classicism.

India’s works have also been exhibited and sold at The Egg & Dart Gallery in Thirroul – the contemporary artspace, which supports a talented hub of artists and is doing great things for the local creative community. “Community is critical for artists,” India agrees. “We spend many solitary hours working. A place like the Egg & Dart not only provides artists with a place to exhibit and sell work, but also a support network of like-minded kin.”

Moving towards her “ultimate goal” of building a sustainable career as an artist, the Gerringong-born painter is well and truly on her way! She’s now working on pieces for a group show, featuring seven accomplished artists, to be held at the Wollongong Art Gallery later this year. Coinciding with the gallery’s 40th anniversary, the exhibition is one certainly not to be missed!