search
clear
Contact
Large talent pool 20,000+ commuters, skilled locals and UOW graduates
Vibrant coastal city Discover more about why you will love living here
Work-life balance A city where you can achieve real work-life balance
Supportive environment Discover more about local business networks and support
One hour south of Sydney Strategic location, close to Sydney, its airport, and Canberra
UOW – a global university Where you can develop research and commercial partnerships
Costs and staff retention Up to 33% more cost effective than Sydney, Melbourne and Parramatta
Business case studies Hear from the experience of business people who live and work in Wollongong (and love it).
Key opportunities Wollongong provides opportunities across industries and key sectors
Advanced manufacturing Future focus on advanced machinery, equipment design and manufacturing
Defence Capabilities and innovative research in defence technologies and services
Professional services Professional, financial, and shared services firms call Wollongong home
Scaleups and entrepreneurs Wollongong scale-up successes and our entrepreneurial community
Tech Growing hub for forward-thinking tech companies and start-ups
Clean energy Wollongong is emerging as a clean and low-carbon energy hub
Set up a business Find practical information to hit the ground running
Our economic profile Statistics covering our economy and workforce
Our precincts Explore Wollongong's business precincts
Our business networks A list of business groups, networks and meetups
Finding real estate Discover our commercial, industrial and residential options
Economic development The plan for our city between now and 2029
Registering a business Tips and links to set up your business here
Case studies Hear from the experience of business people who live and work in Wollongong (and love it).
How we can help Find out the various ways we can help you and your business
Business case development Assistance with developing your business case for Wollongong
Creating connections We can help you meet the right people in the right places
International team Reach out to our colleagues in your country
Incentives and programs Information about the incentives and programs to support your move
Living in Wollongong Discover what life will be like when you move here
Our environment Explore our beaches, pools, parks, hiking trails and zoo!
Arts and culture Theatre, galleries, museums - we have it covered
Shopping Learn more about our major shopping precincts
Music, sport and fun Discover where to go for people of all ages and tastes
Restaurants and markets Hundreds of cafes, small bars and restaurants and our many markets
Things to see and do Fill your weekends with activities at our favourite places
Community integration How you can get involved and meet the locals
Health and wellbeing More information about our city's health facilities
Education and training From pre-school to postgraduate - life-long learning opportunities
Getting to and around Car, train, bus, air and bike - our city is covered
Home / News & Blogs / Doing business in Wollongong / Bars, Restaurants and Cafes part of economic boom

112 new cafes, bars and restaurants in Wollongong part of an economic boom

When Kaveh Akbari and his wife Carla Urosevski opened Alexander’s Bakery Southside in Crown Street Mall two weeks ago they did exactly what those encouraging economic development in the city want to see.

Since 2012 there have been 112 new cafes, bars and restaurants open in Wollongong’s city centre.

Wollongong economic development manager Mark Grimson said a new audit by his team at council shows there are 150 such outlets in the CBD. That number does not include fast food outlets.

“The results highlight the success and vibrancy of the city centre despite retail doing it a bit tough. There is a whole new cohort of young entrepreneurs who have a very positive outlook for the city,” Mr Grimson said. 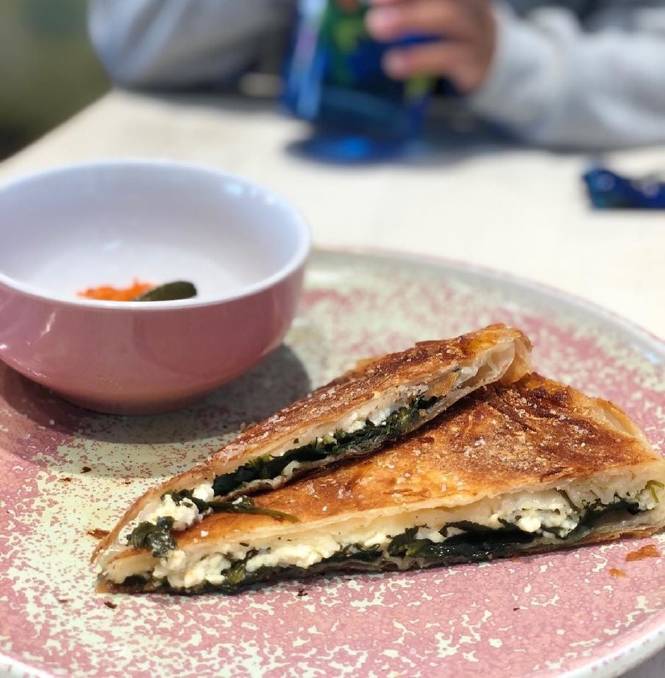 While a number of the new outlets replace others that have closed many are new businesses run by new operators in new buildings.

“And over the next 24 months the 15 cranes on the skyline represent 900 additional units and 30,000sqm of new commercial space. That means there will be a lot more people living and working in our CBD who will further support retail and this new coffee, restaurant and small bar culture”.

Invest Wollongong is sharing the vibrant message to attract more people interested in bringing job creating businesses to the city. Mr Grimson said spruiking the exciting things happening will help improve perceptions in Sydney and beyond and encourage investment.

In recent months Mr Akbari and Mrs Urosevski have married, moved house, had a baby and started a new business. Moving from Rockdale to Scarborough to live is the realisation of a long held dream for Mr Akbari who came to Australia as a refugee in his childhood. He fell in love with Wollongong and its lifestyle on a visit to Stanwell Park as a 22 year old.

“I said to myself one day I am going to live here. 14 years later I got married and we decided this is where we wanted to have a family and establish ourselves”.

The couple used to run a gym with a cafe inside in Rockdale and Mrs Urosevski’s parents Tom and Francis Urosevski ran a bakery nearby called Alexander’s Bakery.

When the gym started its clients stopped eating carbs and Mr Akbari’s father-in-law always told him he would get him into the bakery business one day.

The couple received a great response to the Burek they sold at a popup shop at Bulli and Wollongong markets when the site became available in the mall.

Alexander’s Bakery Southside specialises in Burek but is doing a fresh take on it. They also sell coffee, bread and salads.

“The thing about Wollongong is it is diverse and very welcoming. It gives out such a warm and welcoming feeling”.